EarlyScores is maintained by people who really didn't like waiting for their AP scores, and think you shouldn't have to either.

In 2014, with my first AP courses under my belt, I anxiously anticipated the release of my AP scores. What I realized at that time was that scores were rolled out by the College Board over a week’s time, and my AP scores would be accessible on one of the later dates. The need to see my scores on the first available date spurred me to create EarlyScores.com.

Albeit rudimentary in its first year, the basic framework of the site was created to login to the College Board website using a server in a state where scores had already been released. Because I had the reputation of the biggest computer “nerd” on my high school campus, many of my friends trusted the technology and received accurate score reports earlier than our anticipated release date. Purely through word of mouth, use of the site spread.

EarlyScores.com has continued to grow through the years based on two premises. First, students want to know their results as soon as possible and second, students trust the integrity and technology behind EarlyScores.com. We are not affiliated with, nor endorsed by the College Board, therefore we never store a student’s information from their College Board account. When a student uses our site and chooses to enter their account information, it is used to fetch their AP scores only. The trust students place in our site has allowed us to experience tremendous growth.

My first indication that EarlyScores.com was being taken seriously was when I received a text from a friend who attended another high school who was referring me to go use the site. Now over 1,000,000 students use it every year. I am proud to have developed a site that has become a go-to resource for students and parents who are navigating such an important time in life. EarlyScores.com provides actionable content, information and advice from fellow students, and the satisfaction of fulfilling the “need to know.” 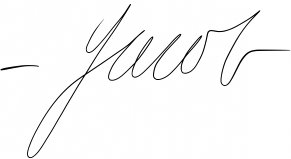